Plant a tree in memory of Jay (J.T.) Aldridge
An environmentally-friendly option 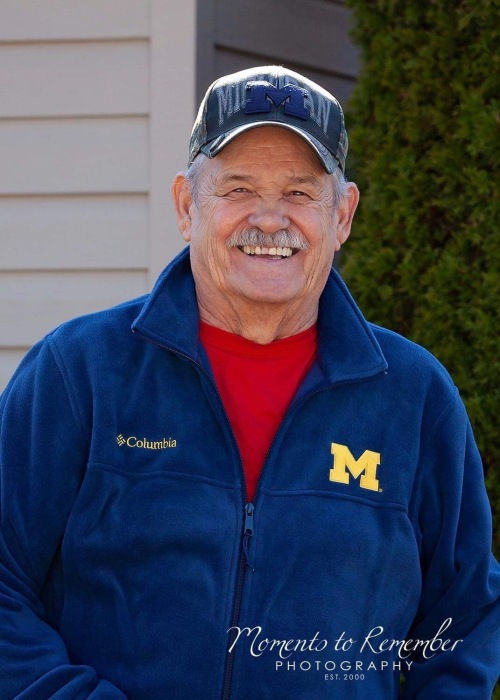 Jay was born on March 16, 1944 to the late James and Irene (Sherman) Aldridge.  After graduation from Flint Central High School, class of 1963, he began his career at the local Buick plant of General Motors.  Over the next 36 years, he held a number of positions including production, foundry, skilled trades (Machine Repairman), and union leadership roles.  None gave him more pleasure than the friendships he made working in Plant 10.  Jay retired in 1999.

Jay married the love of his life Peggy (Walker) on November 7, 1964.  Together, they celebrated 57 wonderful years of marriage.  They raised their family in Grand Blanc, Michigan.  Post retirement, they  moved to Rudyard, Michigan where Jay built a home on one of his favorite hunting areas.  He returned to the greater Flint area (Clio) in 2014 to be nearer to family and friends.

Jay was a lifelong sportsman.  Time in the woods, on the water, or afield were important to him.  Later in life, he took up golf which provided him additional opportunities to be where he loved - outdoors.  A consummate craftsman, Jay usually had a project to build or something to fix.  Building a home, whittling a wood carving, or lending a hand to a family member or friend in need were commonplace.

Jay and Peggy enjoyed traveling and he especially loved their winters in the Tampa Bay, Florida area where they built many endearing friendships with other snowbirds.

Given the times, the family has requested no services.  In lieu of memorial donations, the family asks that you please thank a hospice worker if ever the opportunity arises.  These people are truly angels amongst us.  Bless you Sara and the entire McLaren Hospice team.

A service summary is not available

Plant a tree in memory of Jay (J.T.) Aldridge
An environmentally-friendly option

Plant a tree in memory of Jay (J.T.) Aldridge

There is 1 photo available in the gallery

A Grove of 3 Memorial Trees was planted in memory of Jay (J.T.) Aldridge

In memory of Jay Aldridge who loved the great outdoors and was a very dear friend. I am so glad our lives intertwined and created so many memorable moments with my late husband and me.
Sandy Carruthers


A Grove of 3 Memorial Trees was planted in memory of Jay (J.T.) Aldridge

Jay and I have been buddies since High School. I will always remember the days we hunted together, and all the good times we shared.  May God Hold Him In The Palm Of His Hand.  We will miss Him.  Our Love to Peggy, and family.  Jim and Gloria Key

I knew J from high school to Buick careers, he was a great guy to be with, always a good laugh. I hadn’t seen him for a few years but remember him from years past. Condolences from my wife Mary , who worked with Peggy, and from me. Thinking about you all.

Our hearts ache to hear this news. Please know our thoughts and prayers are with you during this time. God bless you and your family,
Deepest sympathy,
Aaron and Shelah Larkin

A Memorial Tree was ordered in memory of Jay (J.T.) Aldridge.  Plant a Tree

Plant a tree in memory of Jay (J.T.) Aldridge